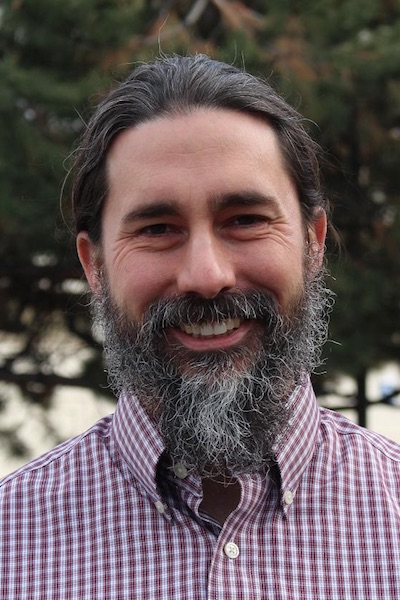 I have a diverse background in Medical Physics. After completing a Medical and Health Physics BSc in Hamilton, Ontario, I researched Photodynamic Therapy Dosimetry during my MSc thesis. This work utilized Boltzmann radiation transport to calculate the fluence of optical photons (much like Varian’s new Acuros dose calculation algorithm), which was then verified with Monte Carlo and spatially resolved reflectance and fluorescence measurements.

While in London, Ontario, I development conebeam-CT (CBCT) for neuroangiography purposes during my PhD. This work extended into my medical physics residency using the CBCT images of arteriovenous malformations (AVM) for a planning study comparing Helical Tomotherapy and forward-planned (Simplified) Intensity Modulated Arc Therapy (IMAT). We obtained REB approval to initiate a study of frameless, stereotactic radiotherapy for AVMs, but unfortunately some of the principle investigators (including myself) moved on before we completed any clinical treatments.

While working in Toronto, Ontario, I was the primary TomoTherapy physicist and part of the stereotactic radiosurgery team as well. During this time I started the first spine SABR program in Canada and was an active part of the CNS, lung and liver SABR teams as well.

Since moving to Kelowna, British Columbia, my interest in image-guidance and high precision techniques has continued to evolve. I initially completed the small-field commissioning of the new Varian Truebeam units, including a high dose rate flattening-filter-free (FFF) beam. Subsequently, I’ve implemented 4D-CT imaging, CBCT image-guidance and SABR treatments for lung cancer patients. Moreover, as part of the stereotactic team I’ve assisted with the implementation of CNS and Liver treatments as well. More recently, I’ve started collaborations with the BCCA Early Detection group and the UBC Okanagan groups investigating clinical applications of Terahertz and raman spectroscopy as well.

Stereotactic Ablative Radiotherapy (SABR), previously known as Stereotactic Body Radiation Therapy (SBRT), requires the precise delivery of a therapeutic dose in less than 5 fractions. SABR has been shown to be effective for spine and liver treatments, and it is currently becoming the standard of care for inoperable non-small cell lung cancer (NSCLC). Accurate tumour delineation and subsequent localization is critical for target coverage, as well as spatial avoidance of the healthy surrounding tissue.

The first SABR site introduced in Kelowna was lung SABR. For these patients we typically utilize abdominal compression to minimize the motion of lung tumours, and we also acquire 4D-CT images of the entire respiratory cycle with Varian’s Real-time Position Management (RPM) system . For image-guidance during treatment, the Varian Truebeam on-board imaging (CBCT) is used to localize the target. Treatment delivery is expedited with the high dose rate Flattening-Filter-Free (FFF) beam as well as the Volumetrically Modulated Arc Therapy (VMAT) technique.

In addition to lung patients, we have recently introduced high-precision brain treatments and are working on the introduction of SABR treatments for liver and spine. Ultimately we will have the ability to treat a wide range of metastatic disease and provide another option for oligoprogression as well.

Monte Carlo methods in radiotherapy
The Monte Carlo (MC) method of radiation transport is a numerical solution to the Boltzmann transport equation using the fundamental laws of particle physics interactions. These laws are governed by Quantum Electrodynamics, the most successful field of theoretical particle physics. The Monte Carlo method has been established as the most accurate method to calculate dose in a heterogeneous tissue environment and for small field sizes.

Linac commissioning:
The accuracy of the Monte Carlo calculated dose distribution is dependent on the accuracy of the Monte Carlo radiation beam model of the linear accelerator. In collaboration with medical physicists at the BC Cancer Agency Vancouver Cancer Centre, we have validated the phase-space files for the Varian TrueBeam linac for flattening filter free beams and implemented a model of the high definition MLC (HD120MLC).

Treatment plan verification:
In collaboration with the Vancouver Cancer Centre, we have developed and validated a MC based VMAT QA. This VMAT quality assurance tool has been used clinically to verify all VMAT treatment plans at the Vancouver Cancer Centre. Current developments include calculating the dose distribution on the patient anatomy and improving the automation of the process.

In collaboration with Dr. Steven Thomas (Vancouver Cancer Centre) and Vicky Huang (Fraser Valley Cancer Centre), we are developing a method to accurately calculate the dose distribution in 4D taking into account the tumor motion, the field modulation and the treatment starting phase.

Trajectory (4π) treatment optimization and verification
The new generation of Linac, manufactured by Varian Medical System and called TrueBeam Linac, are installed at the BC Cancer Agency Centre for the Southern Interior. TrueBeam’s advanced control features are designed to allow complex three dimensional trajectory beam delivery by dynamically moving multiple components simultaneously while the radiation beam is on using TrueBeam’s Developer Mode. It is envisioned that by using the extra degrees of freedom of motion available with TrueBeam, it is possible to create optimal dose distributions that are not achievable otherwise. Several clinical sites stand to benefit from reduced treatment times and decreased normal tissue toxicity using trajectory based treatment delivery. However, no commercial treatment planning system is able to calculate dose distributions corresponding to this range of beam trajectories and patients will not benefit from these advantages until a treatment plan optimization for trajectory based treatment is developed.

We are developing an open source framework to interface the TrueBeam Developer Mode to the widely used Monte Carlo dose simulation platform BEAMnrc/DOSXYZnrc. This new open source framework will enable TrueBeam users to calculate dose distributions and to validate machine performance in a multitude of treatment configurations not currently available for clinical use

Other research areas include, but are not limited to:

Apologies, but no results were found.