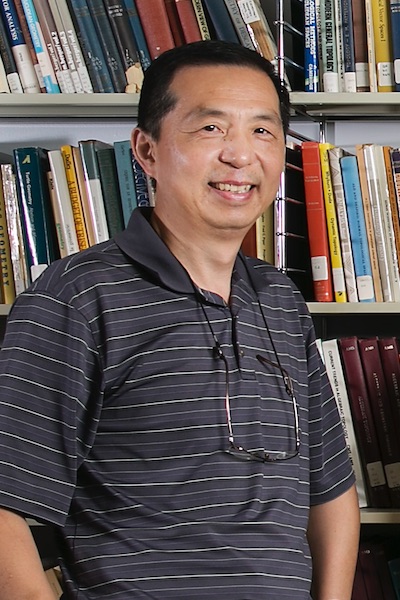 Dr. Zhao’s research interests are in applied probability and stochastic processes, with particular emphasis on computer and telecommunication network applications. He has published near 100 research papers in internationally-refereed journals. He has delivered over 60 presentations at conferences and has been invited more than 50 times to give talks at seminars/colloquia or workshops.

Dr. Zhao has taught approximately 30 different courses at various undergraduate and graduate levels at three Canadian universities (Carleton, Queen’s and Winnipeg). More than 100 graduate (master’s or Ph.D.) students or postdoctoral fellows have been supervised by him since 2000. He was awarded the Carleton Faculty of Science Teaching Award for 2002-2003, and twice recommended for the most welcomed teacher by Carleton graduate students.

Besides serving the School of Mathematics and Statistics, Carleton University as a former Director. Dr. Zhao also served as Chair/Vice Chair of important committees of the University/School/Department; Board member of the Fields Institute; President-Elect, President and Past-President of the Probability Section of Statistical Society of Canada; Executive of the Faculty Association (Winnipeg); President and Vice-resident/Treasurer of the Canadian Operational Research Society Winnipeg Chapter; and Chair/organizer of many international conferences (or sessions of conferences).

Dr. Zhao has also had considerable experience interacting with industry. He has been the recipient of a number of grants from the Natural Sciences and Engineering Research Council of Canada (NSERC), and his research has also been supported by Alcatel, Communications Research Centre (CRC) Canada, Nortel, Mathematics of Information Technology and Complex Systems (MITACS) and the National Capital Institute of Telecommunications (NCIT). He is currently a member on the editorial board of five international journals, such as an editor of the journal Stochastic Models, and an associate editor of the journals Queueing Systems and OR Letters.

Apologies, but no results were found.